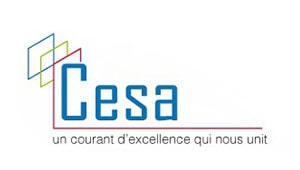 Sparring Capital acquires a majority stake in Cesacap, alongside the group’s managers

Sparring Capital announced the acquisition of Cesacap, a major player in electrical engineering in the Ile de France region, from Capzanine, SG Capital Partenaires and the group’s historical founders.

Founded in 1981, the Cesacap Group has expertise in both high and low voltage, with the ability to support its customers in all projects, in renovations as well as new building. The group also benefits from good activity distribution, with strong recognition in the tertiary sector (Cesa company), social housing (Perrin company) and new residential property (Meusnier company).

The group has been majority-owned since the end of 2014 by Capzanine and SG Capital Partenaires and generates around €50 million in revenues and employs 250 people.

Thanks to the leadership of Franck Petit, President of the Cesacap Group, the group has boosted its growth path in recent years, based on the group’s historical know-how and controlled diversification, both in terms of its client base as well as different types of activity. Franck Petit has also strengthened the group’s human resources to support this growth, notably with the arrival of Fabrice Gaté as General Manager in 2017.

As part of this new operation, the management team is significantly reinvesting alongside Sparring Capital, with the support of SOCADIF Capital Investissement. All the partners in this operation share an ambitious growth plan with a view to pursuing the organic growth strategy that has made the group successful in recent years and to relaunch its external growth policy.

Franck Petit, President of the Cesacap Group, stated: “This partnership with Sparring, supported by Socadif Capital Investissement, will enable us to accelerate this growth strategy while remaining true to the values of the historical founders. We will rely most particularly on the know-how of our new partner in terms of sector consolidation and support for growing companies.”

Johann Le Duigou, Partner at Sparring Capital adds: “Sparring’s participation is to facilitate the departure of the group’s founders and the increase in the capital of its management team, who are significantly reinvesting with us. All the partners in the operation, including both financial shareholders and lenders, have organised themselves to effectively support Franck Petit in his external growth strategy, which we will now focus on implementing together in an activity sector that we are very familiar with. We are very enthusiastic about the idea of supporting the group in this new stage of its growth and thank Franck Petit and his teams for their confidence.“

See all our press releases

We do not share your email address and you can unsubscribe at any time from the link in each email.